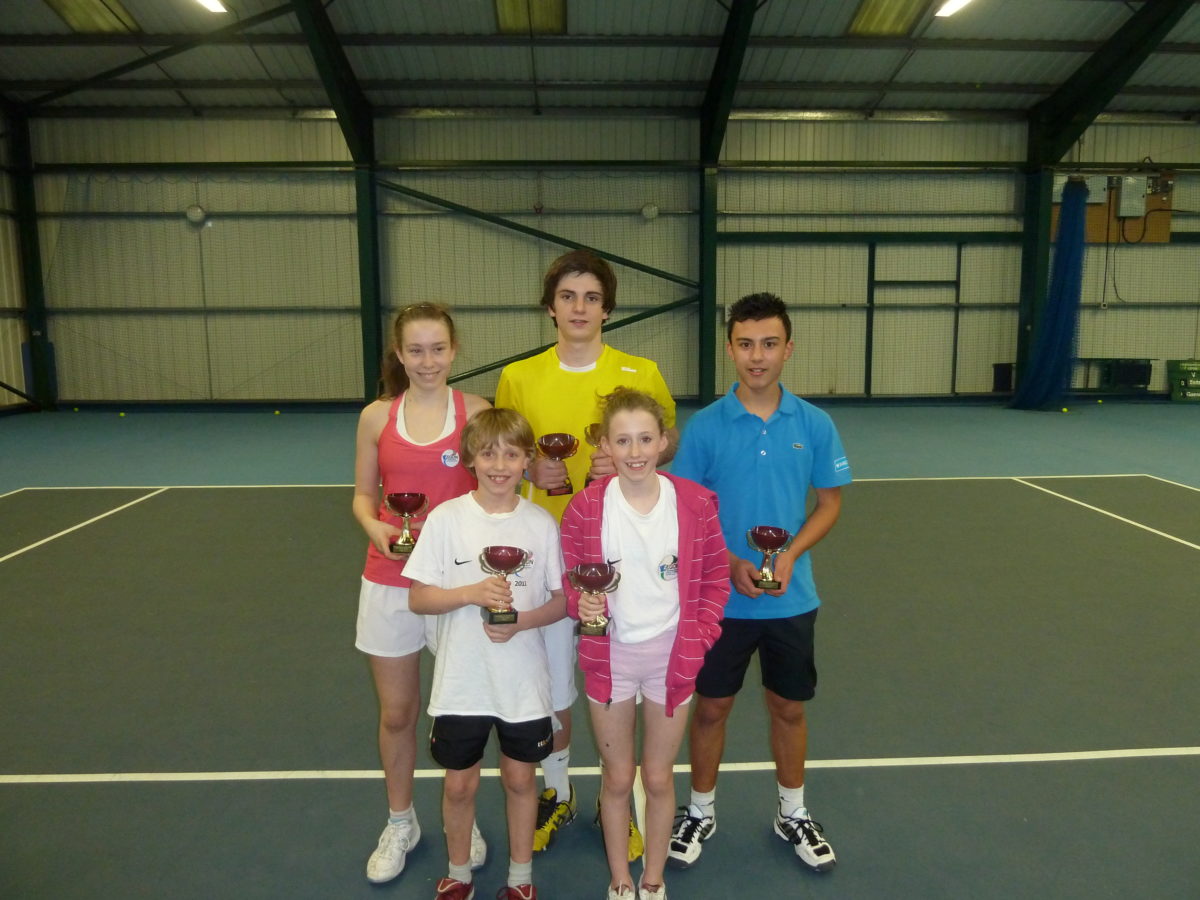 As the 7th Thongsbridge Open got underway, there was an air of anticipation as the local youngsters, all hoping to peak for their favourite event, went on court to face some talented opponents from across the country.

The event is now well established as one of the most prestigious of the junior winter season, and it attracted 345 entries from Scotland to Jersey. The 488 matches, with an amazing 1885 games, produced some superb tennis, giving the crowds that came to watch a real spectacle.

And there was success for local youngsters right through the age groups, from under 18s, all the way through to the club’s rising stars in under 8s.

Andrew Atkinson’s game has gone from strength to strength, and in a strong boys’ draw, the 15 year old impressively made semis in the 16s and under, but made the final of the 18s event. A great effort in the final gave the crowd a match to remember, with Andrew losing by the narrowest of margins in a 3 set thriller.

Andrew, along with long time doubles partner Ed Lovatt, was to take top spot in the 18s doubles event, however, with a convincing win in the final.

Holly Horsfall continues her run of great form, with a solid performance in the 16s girls event to reach semis. But this talented youngster went all the way in the 14s, to lift the winner’s trophy without dropping a set. Holly, too, was to have success in the doubles, with partner Laura Hopton from Hull, where the pair played a great final to take the 18s doubles’ title.

In the under 14s boys, it was Alex Chan who ploughed his way steadily through the challenging field to make the final. He too was to come second, and in spite of some superb play, he lost in another tight 3 setter.

As always, Thongsbridge players featured heavily in the 14s doubles event, with Bronte Murgett and Chloe Chawner coming runners up after a tense and exciting final, and Ben Horner (with Aaron Yang from Leeds) also coming second.

Chloe had some tremendous wins in her under 12s singles to make semis, and Bronte was also in great form, and made quarters.

The 10 and under boys event was to be completely dominated by Thongsbridge players, with 3 of the 4 semi finalists being home grown. Matthis Ross came 4th, Jake Young played some fine tennis to come 2nd, and it was the charismatic Finn Murgett who took top spot.

For the girls in the same age group, Emily Summers was in great form, and came 2nd, with Clara Withers 3rd.

Barney Fitzpatrick continues to show considerable promise, and made light work of several opponents, before coming back from a set down to take the winners’ trophy in the under 9s. Georgia Draper had some solid wins to make semis, and Emily Summers made quarters.

The 8 and under age group saw Thongsbridge dominate again, with a smiling Jacob Chadwick in spectacular form taking first place, and Luke Wilson second. Charlotte Margetson continues to progress, and received a goody bag of prizes for being the highest placed girl in this mixed age group event.

Referees Nick Fitzpatrick and Tom Sanders, and Tournament Director Tim Horsfall, worked tirelessly all week, as did all the staff and volunteers at the club, to make it another truly memorable event. The standard of tennis and sportsmanship from the youngsters was exceptional, and the atmosphere was superb throughout the week. The bar seems to be raised each year, and the club is already looking forward to welcoming talented youngsters and their families back for the 2013 event. 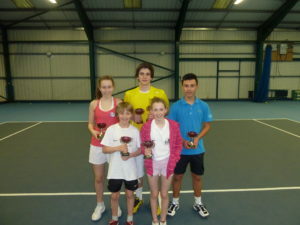 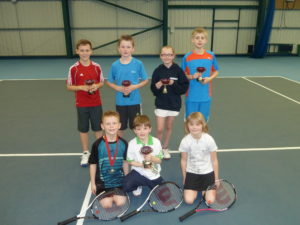