Once again success was brought to Thongsbridge Tennis Club in the Huddersfield District league this season with numerous teams winning their respective leagues and gaining promotion. 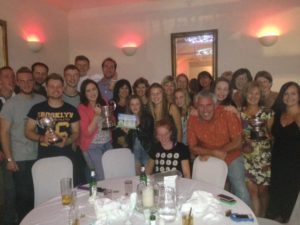 On Friday 27th September, members attended the HDTL (Huddersfield District Tennis League) dinner at Briar Court to represent the club and celebrate yet another successful and triumphant year.
For the first time in years, both the men’s A and ladies A teams won the Division 1 title, with the men’s B team regaining promotion from Division 2 back into the top flight.

The ladies F team were clear winners of their league after running away with the Division 5 title with only losing one match all season and winning the rest.

A great evening and many trophies once again won by the Thongsbridge teams ended with photos and celebrations into the night.
Well done to all who participated and let’s hope for another successful and enjoyable season next year!!! 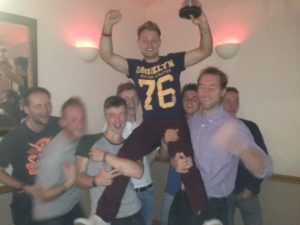 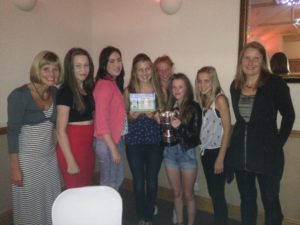 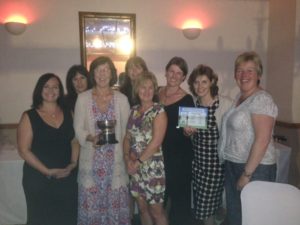