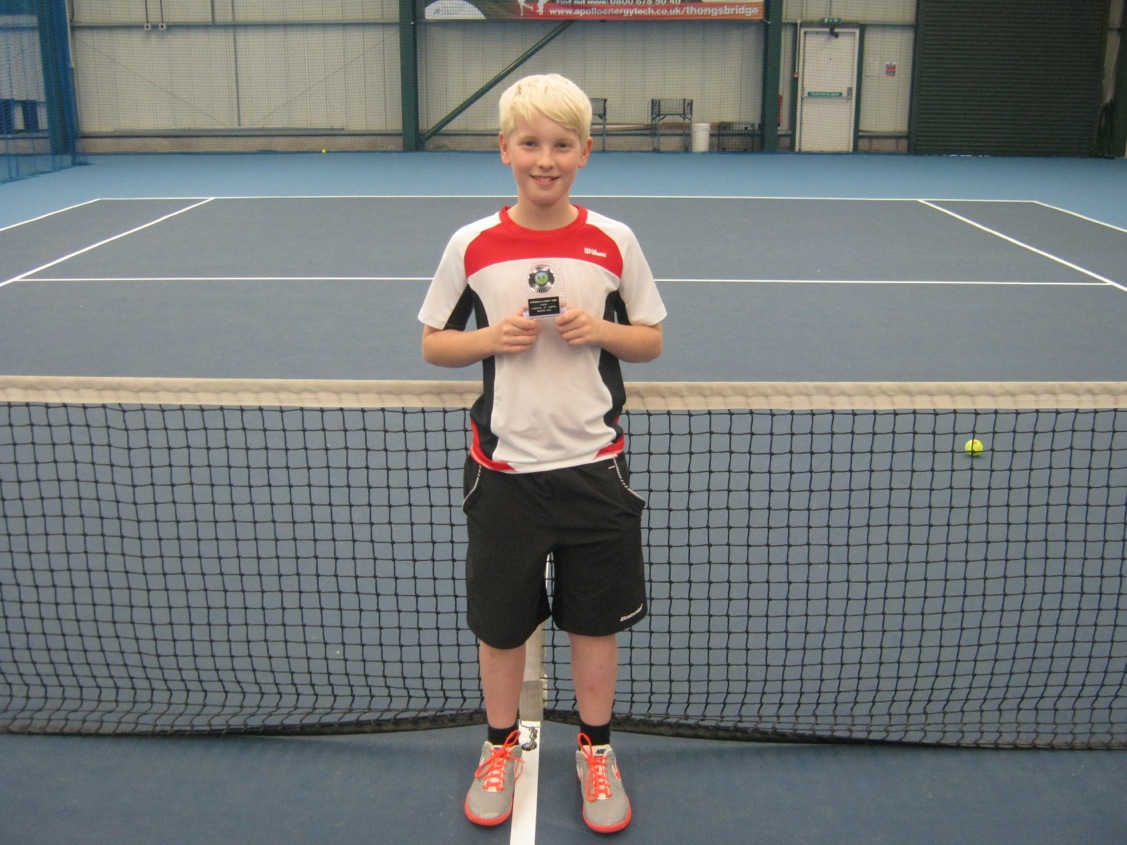 Paul Dean, after coming second last year, won the Longley 12U tournament. Paul came to Thongsbridge from Huddersfield Tennis Club two years ago. He joined the 12U futures squad and his hard work in training has finally paid off. Paul showed fine form throughout the tournament, winning all his matches without dropping a set and beating Tom Baxter in the final 4:1,4:0.

His training partner Oscar Jessup travelled to Chesterfield to compete at the Chesterfield October G4 tournament. Oscar started well by beating Joshua Lee 6:3,6:2 in a confident manner. He came through a tough battle in the semifinal to beat Will Toft in the match tiebreak 7:5, 3:6, 10:5. The win gave Oscar the confidence to dominate in the final, where he beat Charlie Parfeet 6:0, 6:0. Well done to both boys.