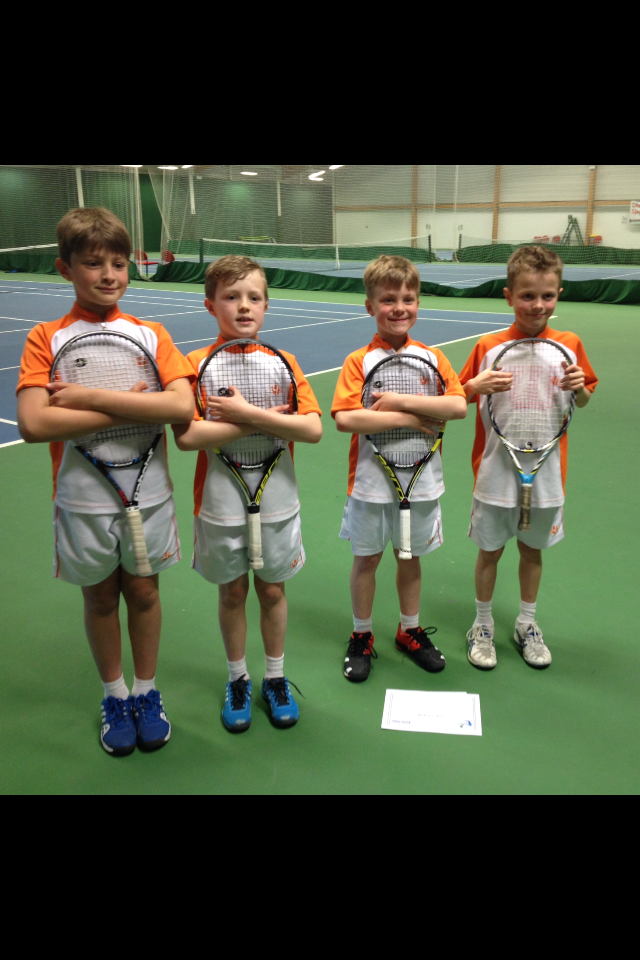 The end of April traditionally means the start of the team tennis competitions. Thongsbridge young guns have been in action in all age groups. The 12U boys team of Oliver Vesely, Oscar Jessup, Robert Sandiford and Jacob Chadwick started strongly in their first match of the Aegon Team Tennis Premier Division, beating Virgin Active, Middleton 8:4. Robert Sandiford and Jacob Chadwick won the deciding doubles rubber against older opposition in a tense second set tie break 9:7. A great start to their first full ball season, especially considering Jacob is still eligible to play in the 10U age group. Robert Sandiford put up another fighting performance the day before when called up to the 14U boys team for the match in Hull, where he came up against 12U GB player Johannes Monday in his singles match and he managed to win two games. With a similar team to the day before, with Paul Dean replacing Jacob Chadwick, the boys got some valuable experience against the hot favourites for the title.
The stars of the weekend were the 9U players, showing the strength and depth of their junior coaching programme. Three teams of four players travelled to the John Charles Centre for Sports in Leeds. Both boys and girls competed against the opposition from Hull, Ilkley, Leeds, Batley, Wetherby and Sheffield. After a great day full of good tennis, Thongsbridge A team met the Thongsbridge B team in the final. The B team of Manny Hesmondalgh, Roman Khela, Owen Lodge and Matthew Vale showed the greater desire and they triumphed over the favourites from the A team by one set to become the Team Tennis 9U Champions of Yorkshire. 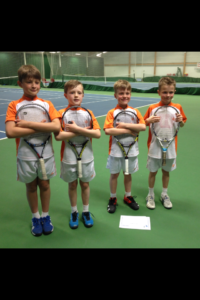