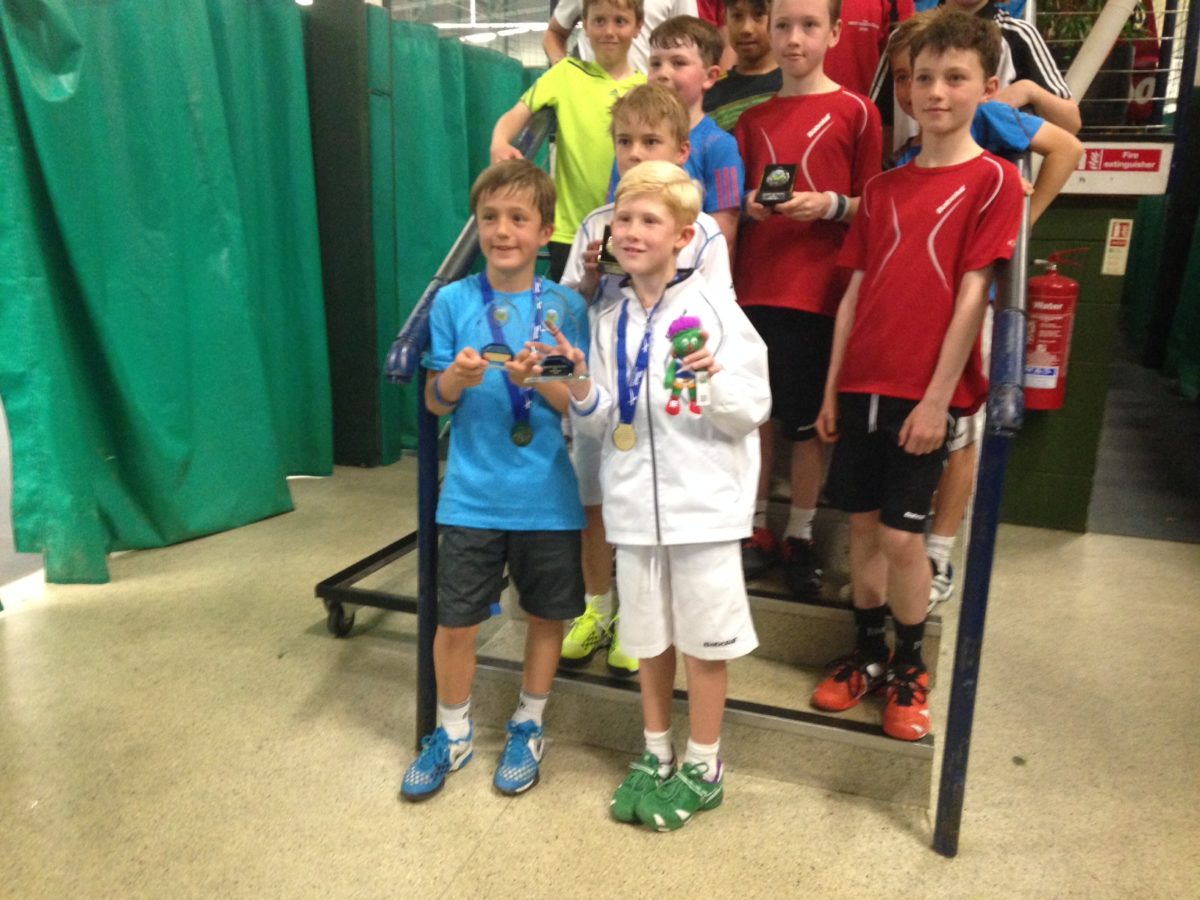 Dominic Vesely, together with Alex Tikhonov and Gabriella Lindley, competed at the beginning of June in the Scottish G2 National Tour held in Glasgow.
Dominic carried his form and confidence from his recent wins to the Glasgow event. Whilst still in a younger age group than majority of the competitors, he qualified from the group stages to the main draw of 16. The first match against Zac Rhodes from Devon proved to be a tough battle, but Dominic eventually came through 14:12, 8:6. The QF was a re-match from a previous tournament against DJ Mentiply from Buckinghamshire. Dominic’s attacking play dominated the match, leading to a comfortable 7:3,7:2 win. His SF clash was against the no 1 seed, Luca Pow from Warwickshire. Dominic carried on with his attacking style of tennis giving him an excellent win, 7:4,7:5. The final proved just a step too far and, despite his best effort, Dominic lost to the no 2 seed, Theo Purkiss 7:2, 7:2.
The Thongsbridge success at the competition was completed by Alexander’s 16th place in the boys draw, and Gabriella’s fantastic 5th place in the girls draw. Gabriella, also still younger than the majority of her opponents, has had a run of excellent results in the national tour events (3rd and 7th), which have now secured her place at the National Tour Finals in Bournemouth in August, hoping to be followed by the boys. Well done team! 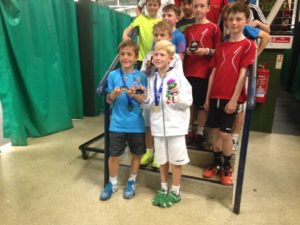 Dominic, along with some fellow competitors