Isaac Ezro will be joining us as a coach from September for one year before going to university. 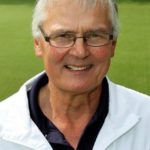 David White retires after 40 plus years of association with the club, all as a member and some as a coach. We wish David all the best in his retirement.

Barney Fitzpatrick is to represent GB again at the end of June …go Barney GO!

Finn Murgett and Barney Fitzpatrick played in the clay court grade 1 event recently. The boys were playing in the grade 1 high est level clay court championships a surface they very rarely play on. Along with the best 32 players in the UK.

Gabriella Lindley and Dominic Vesely are playing at the Grade 2 Mini Orange Competition in Hertfordshire on Sun 1st June and the following week Dominic, Gabby and Alex Tikhonov will be competing at the Grade 2 in Glasgow. Gabby is currently in 4th place on the National Leader board for her age group.

A young lady on her travels€¦.Holly Horsfall travelled to Podgorica, Montenegro recently with International Travelling Coach Rob Smith. Making the main draw in the singles, unfortunately she went down in the first round to her Serbian opponent, Milica Cubranovic, 6-2 7-6(5). 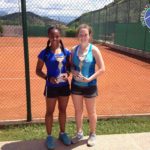 However in the doubles it was a different story. Playing with fellow British partner, Lauryn John Baptiste from Middlesex, the pair were ranked no.4. They quickly progressed to the final, only dropping a total of 13 games, and knocking out fellow Brit and the no.1 seeds along the way.

Holly and Lauryn finished the tournament on a high taking out the no.2 seeds from Romania and Serbia convincingly with a 6-4, 6-3 win. 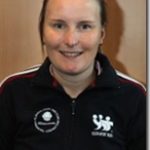