During June, we would appreciate your feedback on the social tennis trial and also in getting more members playing more of the time. Social Tennis is FREE to members.

Thursday Beginners Social 6pm -7pm onwards with Alistaire starting June 12th.
Beginners on court 6 with a coach for the 1st hour . Teaching tennis etiquette and to
different formats i.e. when 3 people turn up, sudden death deuce and to recommend
who they might play with in full social tennis when time is right, , may mix in with full
social tennis after on coaches advice.

Wednesday – Mixed doubles 6pm until late, mixed doubles to be played in preference if
numbers allow.

Thursday Mixed doubles, 6pm to 8pm. After 8pm as each set finishes and as members arrive after 8pm breakout into single sex doubles to allow for the following:
People on the outskirts of team tennis to play and benchmark themselves Allow team players not picked on Monday/Tuesday to get a competitive game Encourage more ladies (current shortage of ladies at social tennis), who may not want to play against some of the men .

Better court usage after 8:00pm when it dies down (courts blocked out to social not actually used that much at the moment) Mixed doubles can continue for those that want to and nothing stopping stragglers at the end to revert to mixed doubles if they wish.

If it rains, unbooked indoor courts may be used at no extra cost, ask at reception .

If there are too many social players additional outdoor courts may be used, if not booked.

Lights will be available as long as people want to play,
Please tell reception if you are last off a court so that the lights can be turned off. 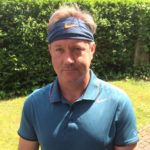 Please give feedback about social tennis, getting more players of all levels playing and this trial to Steve Harvey-Franklin, either in person or to steve@wsiyorkshire.co.uk