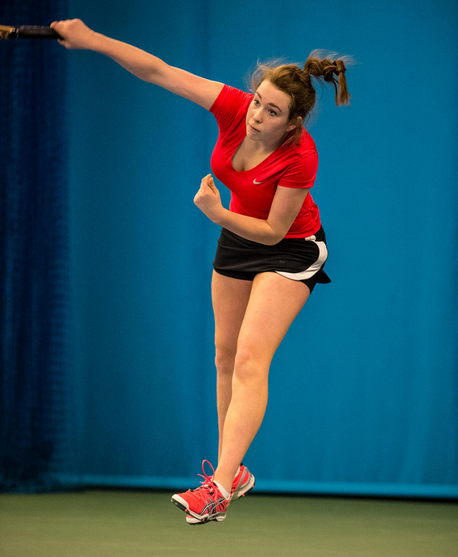 Holly Horsfall took part in her highest-ranked tournament so far last week.
Holly competed in a Women’s ITF $10,000 tournament in Sunderland and beat two opponents in qualifying to reach the last 32 in the main draw.
She then played Sviatlana Pirazhenka, the No7 seed ranked 374 in the world from Belarus.
And, after a stunning first set in which Holly hit four aces and 14 winners, Holly eventually went down 6-1, 2-6, 2-6.
This was a fine performance from the Hepworth-based player, who won a doubles title in Montenegro last year, and especially the first set which caught the eye of all those watching.
Despite the loss, when nerves took over a little in the second and third sets because it would have been a massive win for her, Holly has shown she can compete at the next level and, hopefully, will improve with the experience.
Holly is still ranked 704 in the world in the junior ITF rankings, while the result in Sunderland is the first step towards her first senior world ranking points.