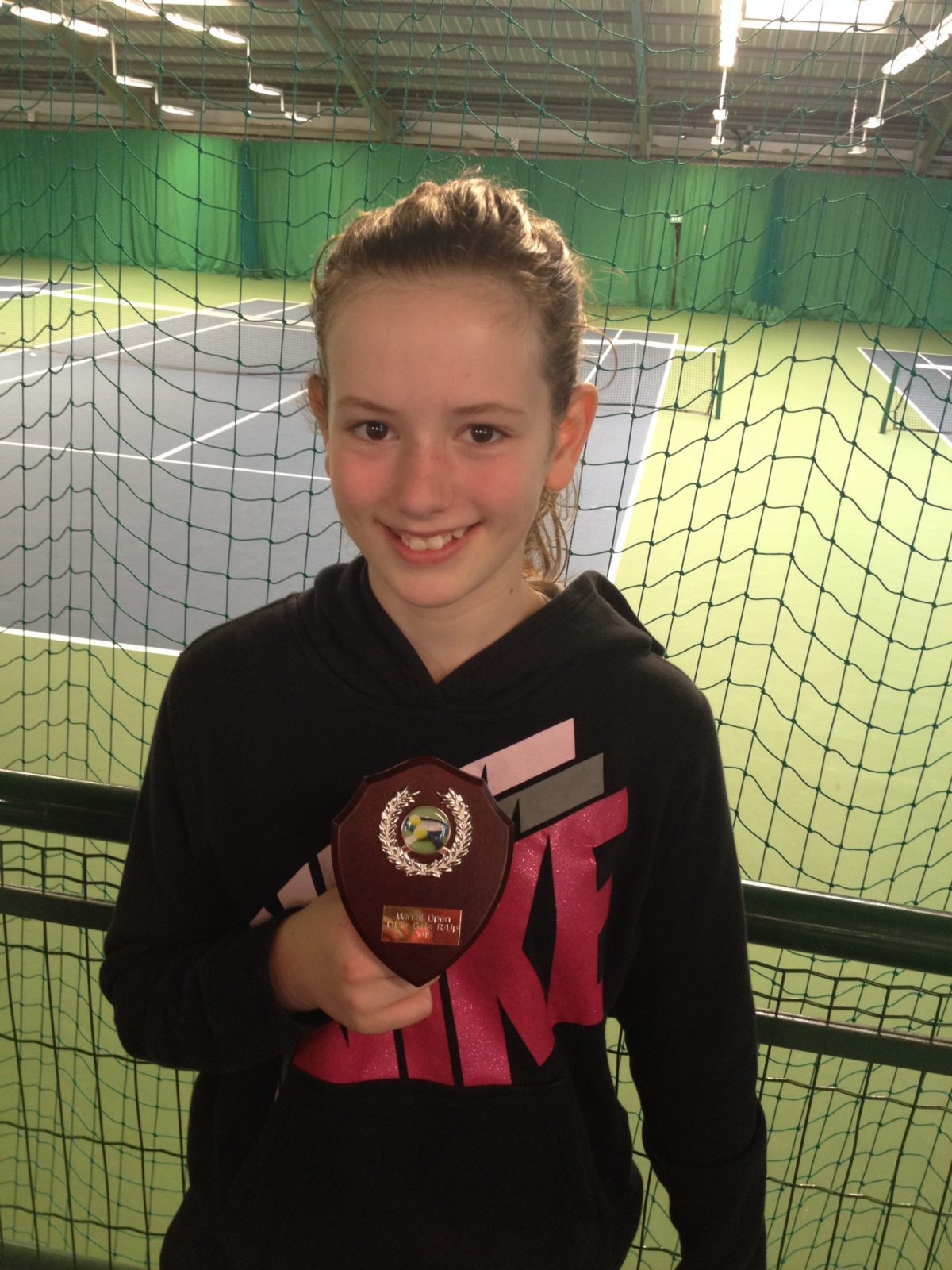 This week Charlotte Margetson took part in a grade 3, under 12 tennis event at The Wirral Tennis Club. Charlotte drew the number 3 seed in her first round but came out on top with a strong 6-2, 6-2 win. Her next match was in the quarter-finals. Again, Charlotte played some intense tennis against the left hander and won with a convincing score of 6-1, 6-0. Charlotte was then back the next day to play in her semi-final match, and after playing a good first set she went ahead 6-1. Although Charlotte tensed up slightly in her second set, she still managed to hit some good winners and book her place in the final after a 6-3 second set win. The final was always going to be a tough match for Charlotte as she was playing the no.1 seed. She did her best to defend her opponents attacking balls but she was just too strong, and unfortunately Charlotte came out runner-up, but a great effort and a great week. 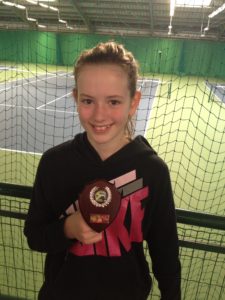 Charlotte with the Runner-Up Trophy