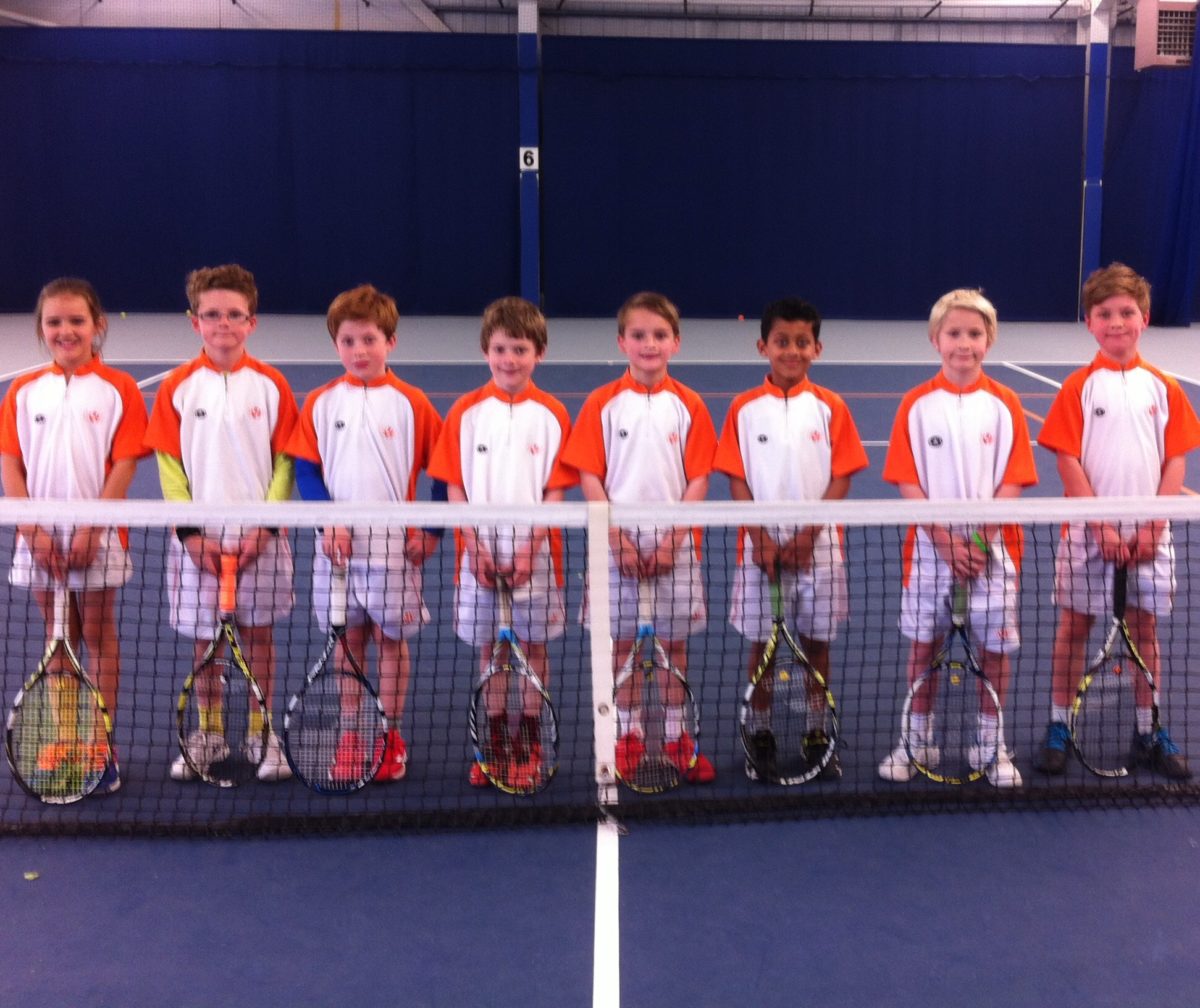 On Saturday 25th April the Thongsbridge U9 Mini Orange A and B teams travelled to Hull for team tennis. Thongsbridge A team consisted of Owen Lodge, Esa Butt, Cadence Simpson and Thomas Vale, and the B team was Rory Bryant, Joshua Fowler, Jack Fickling and Kallum Reid.

Mini tennis coach, Georgina Jackson took all 8 players in the new Mini Bus and with the players wearing their team kit, there was a great team and club atmosphere!

The A team produced some strong tennis in both singles and doubles, beating Batley 4-2, David Lloyd Leeds 5-1 and Nuffield Hull HPC 5-1. The B team were equally impressive beating Graves 6-0, Goole 5-1 and The Academy Hull 3-3, but winning on tie breaks meaning they also qualified for the finals.

So it was a repeat of last years final with Thongsbridge A team playing the B team.
Owen and Tommy got off to a strong start beating Rory and Kallum respectively in straight sets, but Josh and Jack both came through in 3 sets against Esa and Cadence. So the doubles was crucial for both teams.Esa and Owen won in 3 v Rory and Josh, but Jack and Kallum beat Cadence and Tommy in 3, so the match result was 3-3. The A team managed to sneak it by winning 8 tiebreaks to 7, a very close final. So our A team were Yorkshire Team Tennis Champions and the B team were fantastic runners up!

The A and B Teams