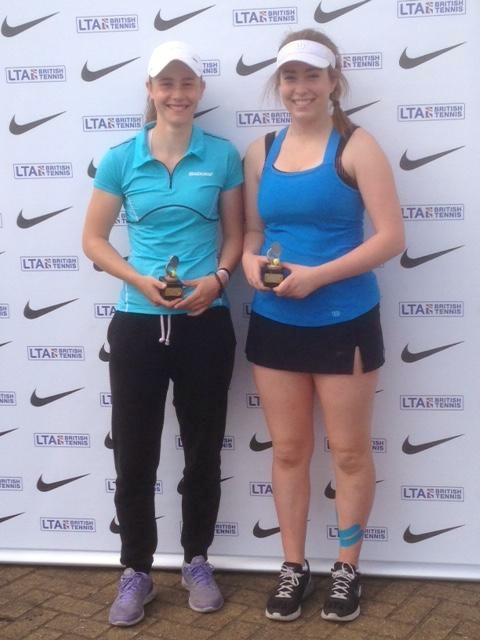 Holly Horsfall recently competed in the Nike Junior International at Nottingham. After losing out in the singles, she entered the doubles with partner Elise van Heuvelen from Great Britain. The pair was seeded no.2 in the draw. In their first round they received a bye, and so their first match was against the number 5 seeds, Alexandra Hunter from GB and Marta Oliveira from Poland, who between them had 4 Junior ITF doubles titles. Horsfall and Heuvelen were too strong for the pair and won with a convincing 6-2, 6-3. Their next match was in the semi-finals where they faced the number 4 seeds, Zykute and Druteikaite from Lithuania who were experienced in playing together. Despite the strong wind, Holly and Elise played some great doubles tennis and won 6-1, 6-2. This put them through to the final where they came up against the number 1 seeds, Jennifer Timotin and Georgia Drummy from Ireland. Both these girls had plenty of experience playing together which made it more difficult for the British pair due to their strong and consistent baseline play. Horsfall and Heuvelen struggled and went down 6-3, 6-3. Horsfall said â€œIt was a really good experience to play with Elise and get to the final of a home tournament in Britain considering we’ve never played together but hopefully we’ll get the win next time.â€ 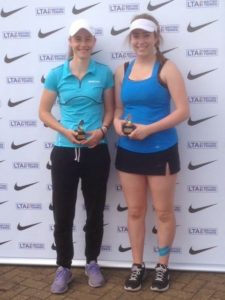