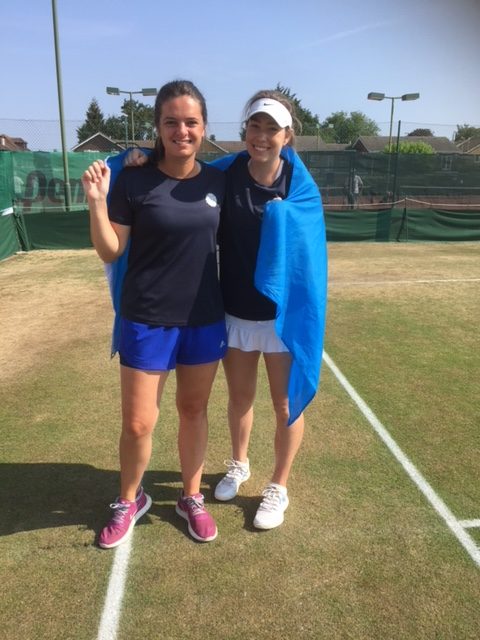 The week commencing July 23, two of Thongsbridge’s very own, Kim Atkinson and Holly Horsfall, flew the Thongsbridge flag in the Women’s Summer County Cup. The final day of the competition finished with the ladies being promoted from Division 2 to Division 1, after a nail-biting match against their northern rivals: Cheshire, the deciding match for promotion. The women’s team haven’t been in the first division for approximately 8 years. 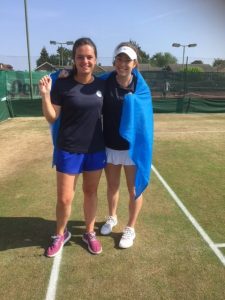 The team consisted of ten of the county’s strongest players. The five other counties in the division were Northumberland, Middlesex, Cheshire, Lancashire and Sussex.

Both Kim and Holly played with different partners, but contributed to tough wins throughout the week, beginning with wins in tight third sets against some of the best players in the country. Kim, and partner Olivia Noble, fought through a three hour battle, to come out on top against Northumberland’s strongest pair. Their battles contributed to a win over Northumberland to gain the momentum for the rest of the week.

Following Tuesdays match against Sussex, the team had two wins and no losses. However, Wednesdays’ match against Middlesex proved to be too strong for the team. Despite the teams fight and many close matches, including a tight third set from Holly and her partner Eleanor Dean, against the Middlesex’s first pair, they went down to the eventual winners of the division.

On the fourth day the team played Lancashire, which involved many battles and three set matches, including a big win for Holly and Eleanor against Lancashire’s number one pair. With a lot of team spirit and determination, the team won the crucial matches and won ‘The Battle of the Roses’ by the end of the second round of matches.

The last day of the tournament the team played Cheshire. After four days of intense heat and fighting for the Yorkshire Rose, Yorkshire were to battle against their northern rivals, who also had three wins. After a tense first round of matches, Yorkshire were leading 2-1, only three wins away from promotion. It was the second round that the team took the win over Cheshire, as all three Yorkshire pairs dominated each match by using the momentum in their favour, and supporting each other until the last point. 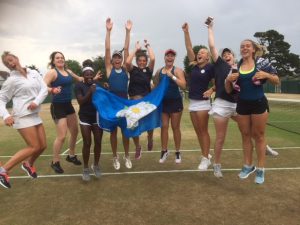 After fighting for promotion in each division for many years, and being in division two for three years, promotion into Division 1 is a fantastic achievement  for the ladies. Kim, Holly, and the rest of the team have been desperate to achieve a Division 1 status ever since they began playing for the ladies Yorkshire team,

and next July, when the annual tournament begins again, they will continue their fight to stay in the division, and even win the County Cup.