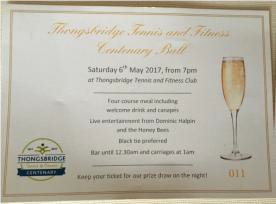 The Ladies and Men’s 1st teams are both top of Division 1 in the Huddersfield District Adult League.

2006 – in April members are notified of an EGM to be held on 16th May when a proposal is presented on the future development of facilities including a crÃ¨che, study centre, dance studio/kids gym and additional parking as well as more courts, one outdoor and three indoor. After a vote is taken, the proposal is rejected.

Tim Horsfall and Nick Fitzpatrick breathe new life into the Junior Committee and plan a Junior Open Tournament for February 2007.

The old pavilion is converted for use as a ‘Top Spin’ study centre, supported by funding from Kirklees.

2007 – this is the club’s first year as a Limited Company as the Committee has recommended to the AGM an option suggested by the Accountants where the Committee is to be clearly seen as advisory to the Board of Directors, the Board being ultimately responsible for decisions taken. This enables members to participate in the running of the club without taking the full responsibility of being Directors.

We become an Accredited Performance Centre.

Junior teams are enjoying success in the Huddersfield League with the Intermediates coming 2nd, Boys A, B and C teams 1st and Girls also 1st.

Alan Hinchliffe retires after many years of coaching service. He is pictured here at the first Northern International with

2008 – Roger Draper, Chief Executive of the LTA, visiting on 28th February, loves the club and the coaching programme. The LTA says that the Thongsbridge Junior Open is ‘the best tournament bar none’.

Tim Horsfall is named LTA Volunteer of the Year.

Clubmark status is achieved, demonstrating that the club is operating in line with best practice.

A decision to buy out the company running the gym is approved, bringing fitness under the direct control of the club.

Peter Swithenbank retires as Chair after 3 years in pos, having become a Director when the club became a Limited Company. He has given a total commitment of over 15 years to the club.   Vice-Chair Mike Adams becomes Chair for the next four years.

We enjoy more success in the Yorkshire League – the Ladies 1st team is top of Division 2 and the Men’s 1st team comes 3rd in Division 1.

The Junior teams are going from strength to strength in the Huddersfield Junior League – Intermediates, Boys A and Girls A are all top and the Boys B team is 2nd.

Nicole Peterson is Yorkshire’s top U16 player for the second year after achieving a national ranking of 3 in 2007.

Danielle Brown has a national open ranking of 15.

A studio/children’s gym is acquired after yet another successful bid by Mike Adams.

2011 – despite the withdrawal of funding from Kirklees, a new Top Spin Study Centre contract is to run from April 2011 to March 2014.

Georgina Jackson is Aegon Coach of the Month for December.

2012 – solar panels are installed after much research by Chair Bernard Dady and the club is named ‘Green Club of the Year’. 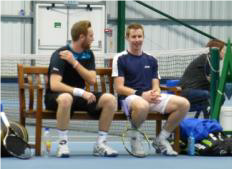 At the AGM, a proposal is approved for gym members to have voting rights as full members of the club.

In November, Johnny Marray returns to the club as Wimbledon Men’s Doubles Champion having received a wild card entry into the tournament with Frederik Nielsen. At the end of the day’s coaching clinics, Dan Sinclair partners him in a doubles match against Alistaire McGregor and former Davis Cup player, Danny Sapsford.

Holme Valley Wheelers use the club as their base.

2014 – we get a new logo and the junior committee acquire a mini-bus thanks to a number of sponsors.

2015 – Chair of the Board, Bron Sanders, informs members that we have at last gained CASC status.

The ‘Powerhouse’ strength and conditioning facility opens after the conversion of the old clubhouse.

Refurbishment of the clubhouse is completed.

We gain a ‘Highly Commended’ County Club of the Year Award from the LTA.

2016 – the club changes its registration with Companies House to Thongsbridge Tennis and Fitness.

The outdoor courts are re-surfaced thanks to a members’ loan scheme and an LTA loan.

Graham Cooksey, who joined the club in 1973, retires as President, a position he has admirably fulfilled for 16 years. He continues to play though, and still with his trademark Maxply Fort wooden rackets!

At the AGM, Peter Swithenbank is confirmed as his successor.

2017 – in April, new state-of-the-art LED lighting on the indoor courts is given the seal of approval by top 50 player Jiri Vesely. 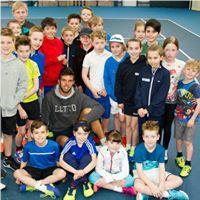 We celebrate our centenary with a number of events throughout the year, including a Gala Ball in May and a Fun Day in July. 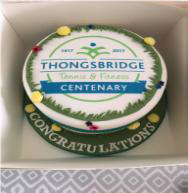 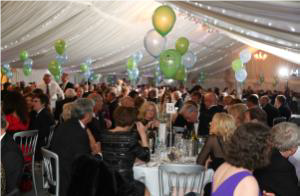 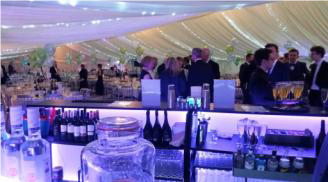 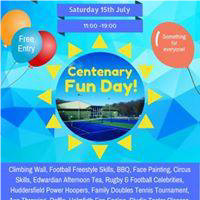