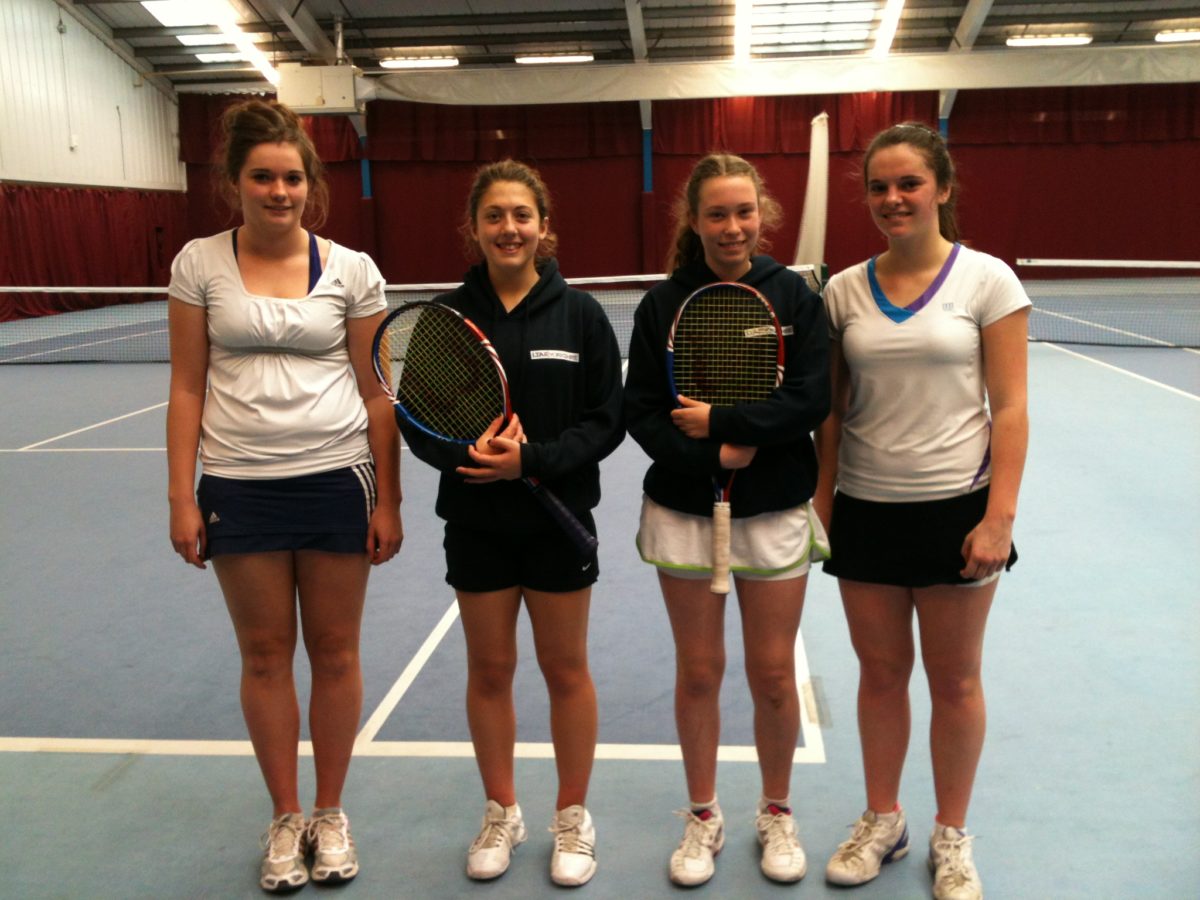 As the Aegon Team Tennis season gets underway, Thongsbridge girls’ under 18s team, and the boys’ under 16s teams started their campaigns in the Premier League, in a bid to become Northern League Champions.

The girls, defending their Northern Premier League title from last year, headed to Wearside, where they came up against some talented opposition. But the team, made up of Kim Atkinson, Holly Horsfall, Eilidh MacLean, Laura Hopton and Ella Riddle were ready for the challenge, and took comfortable wins in both doubles matches, and 2 superb singles wins, to take a 4-2 victory. They had some tough matches the following weekend, against a strong Lancashire team, Holcombe Brooke, and remained inseparable after singles and doubles, tied at 3-3. It came down to a â€œshootoutâ€- a doubles tiebreak to 10, with the Thongsbridge girls losing out by the narrowest of margins, 10-8.

The boys were in action in Sheffield, and were in buoyant mood as they started with the doubles matches. Andrew Atkinson, Edward Lovatt, Harry Simpson, Brad Whitwam and Corey Chan barely dropped a game in the doubles, and displayed the same dominance in the singles, to take an overwhelming 6-0 victory, to win their 1st fixture of the season in this prestigious team tennis league. They then went on to play The Northern Tennis Club, from Manchester, and once again outclassed their opposition, with a resounding 5-1 win.

Finn Murgett, under 10s, competed in a national level event in Nottingham, attracting some of the strongest players in the country. This rising star produced a string of impressive wins to make semis, where he only narrowly lost out on a place in the final.

Ellie Chawner, under 12s, goes from strength to strength, and, competing in a lower grade event in Nottingham, had comfortable wins to the final, where she just missed out on the top spot.

A host of Thongsbridge players were in action in the County Tour under 9s event in Hull, with Luke Wilson’s dominant display seeing him come 2nd, Jacob Chadwick 4th, and George Barton 7th (only narrowly losing 2 of his 6 matches). George also competed in a matchplay event at Thongsbridge, winning a stunning 6 matches of the 8 he played. 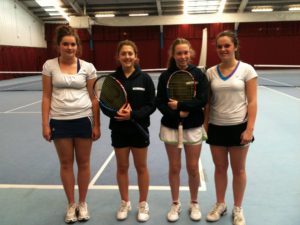