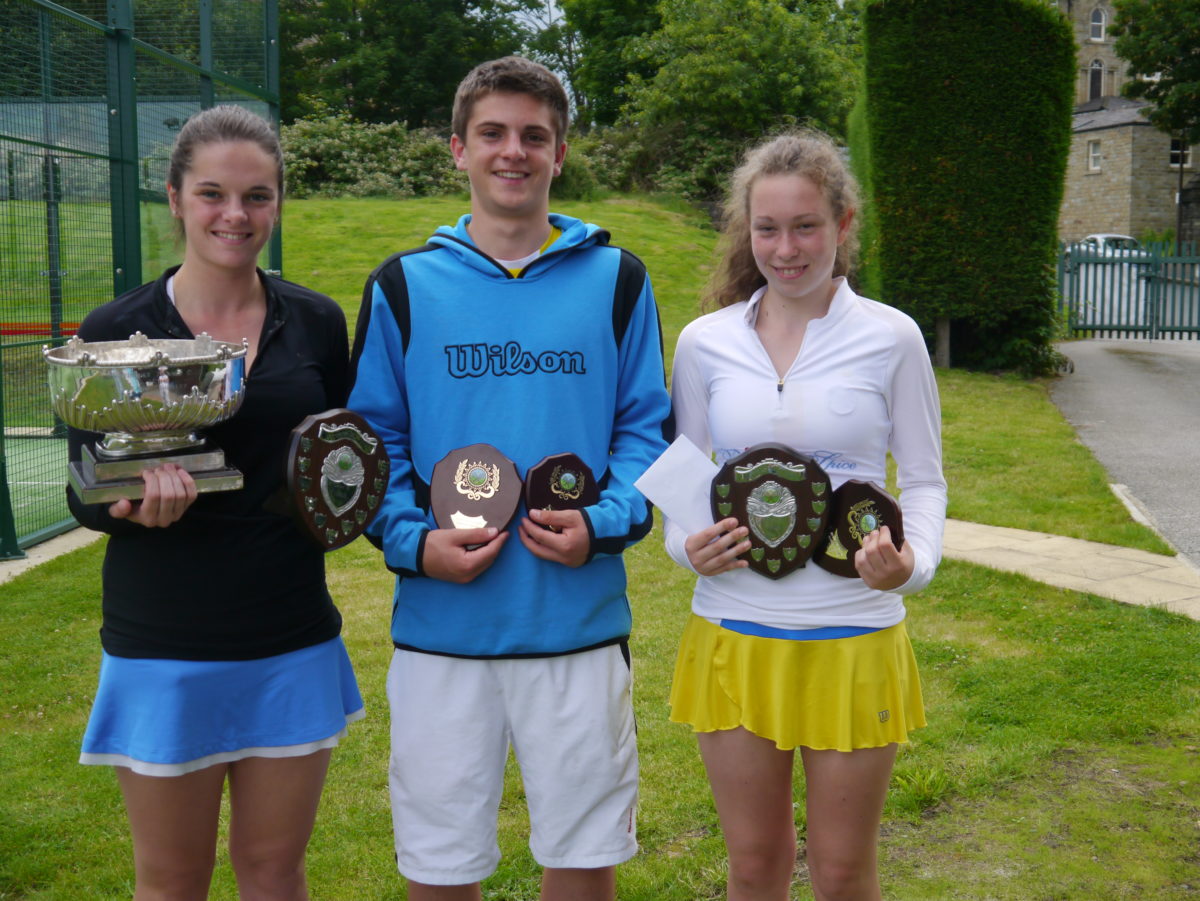 With a history of Thongsbridge success at the Sellers’ International Tennis Tournament, it was no surprise to see a clutch of Thongsbidge’s finest back in action at the 2012 event.

And from under 8s right through to the seniors, the local stars were in fine form, producing an array of impressive results.

Dominic Vesely, under 8s, was to lift the winner’s trophy, with older brother, Oliver, doing the same in the under 9s. Both boys secured a string of impressive results to add yet more silverware to their trophy cabinets.

At the other end of the age range, Kim Atkinson saw a return to form, after a steady recuperation from injury, taking the top spot in both the ladies and the under 18s event, with friend and doubles partner, Holly Horsfall runner up in the ladies draw.

Holly dominated the under 14s, with a series of comfortable victories seeing her take the title.

Andrew Atkinson’s run of form continued, but he fell at the final hurdle in the under 16s, and had to be content with the runner’s up shield. A solid performance in the 18s saw him narrowly lose out in the quarters, losing to the eventual winner.

Kim and Andrew combined well in the mixed doubles, with a narrow defeat to the reigning champions from Huddersfield.

Ben Horner stormed through to quarters in under 12s, and after an unlucky defeat in the 1st round of the under 14s, did well to make quarters of the consolation draw.

Emily Young had some excellent wins in the girls’ under 14s, reaching quarters of the consolation draw, and ensuring that her rating will rise at the end of the summer season.

Jacob Chadwick, under 9s, continues to show promise, and played 5 superb matches. He was unlucky to suffer 3 very narrow defeats, but can be proud of a couple of excellent wins in his challenging box.

It was a dominant display from the Thongsbridge juniors, highlighting just how far the club and coaching programme have come in recent years. 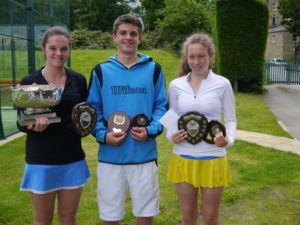 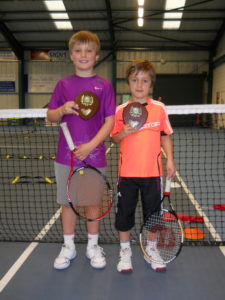