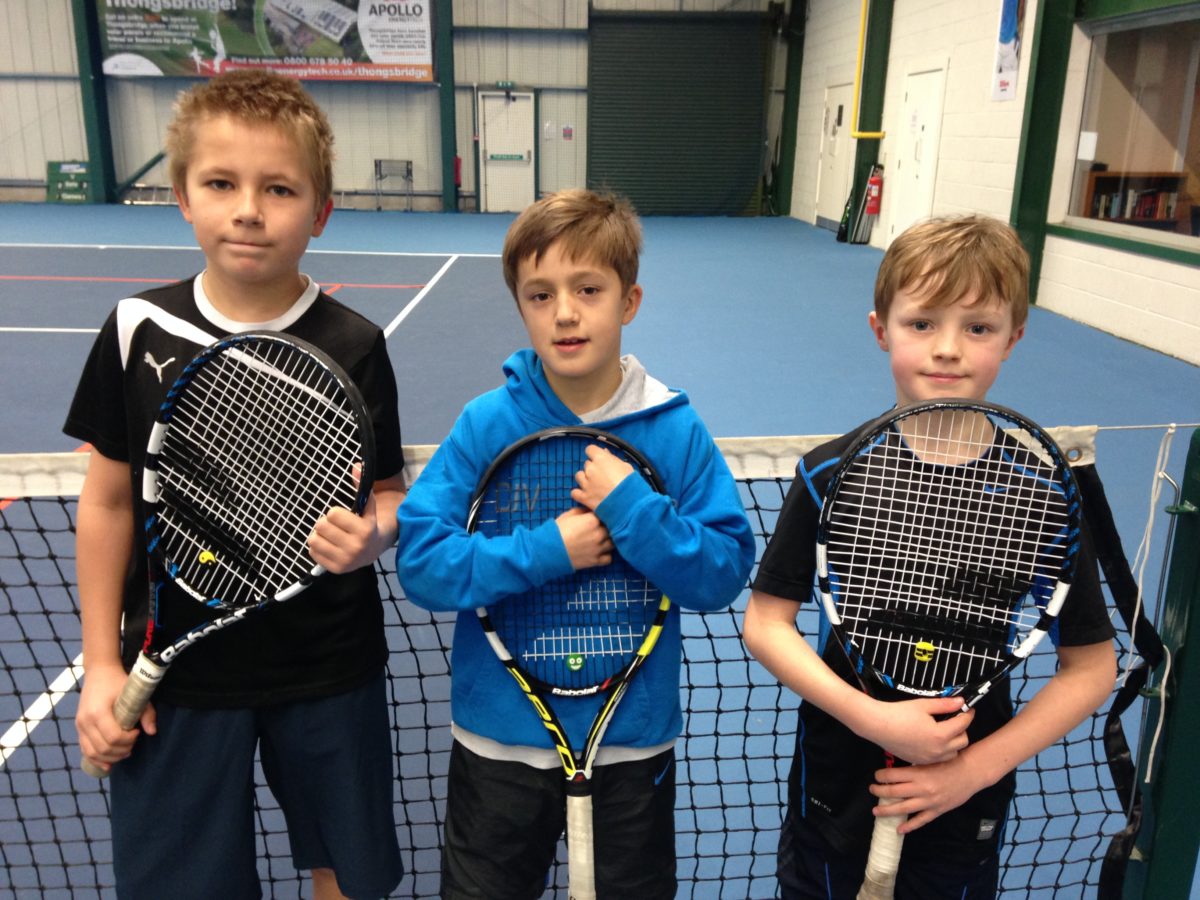 Barney Fitzpatrick, the talented Thongsbridge youngster, is going from strength to strength. Barney achieved his most outstanding tournament win in his career this week. Having won the grade 3, 12U Winter Regional Tournament earlier this month, Barney qualified for the grade 2 Winter National Tour event in Hertfordshire. Being younger than most of the players, Barney had to go into qualifying to play for a place in the main draw. Barney faced the sternest test in his first match against his fellow GB teammate Derrick Chen, eventually overcoming his opponent in the match tiebreak 10:4. From then on Barney never looked back, beating all his opponents to reach the final and eventually, beating the no. 3 seed Alexander Grove 6:4, 6:2 to take the title.

Barney’s younger club mate, Dominic Vesely had a busy weekend in the 9U age group. Dominic played in the Winter Regional Tournament event in Sunderland on Saturday, winning his qualifying group comfortably. Dominic overcame his first game in the quarter finals, but he ran out of steam in the semi-final, eventually losing to fellow Thongsbridge player, Alex Tikhonov 5:7, 7:9 in a tight match. Alex Tikhonov narrowly lost the final to Theodore Purkiss from Gloucestershire 5:7, 4:7. Alex’s good run of form continued at the City of Liverpool tournament, where he also made the final after playing some good tennis, unfortunately coming up against the same opponent with the same result. Dominic Vesely made up for the Saturday’s semi-final loss on Sunday at Shrewsbury Tennis Club, winning all his 5 matches, beating Alex Matjasevich from the Widnes Tennis Academy 7:3,6:8, 7:3 in the final and lifting the winner’s trophy. Dominic was joined at the tournament by his team mate Manny Hesmondalgh, who is showing good progress, winning 2 matches and coming 5th overall.

It has been similarly successful for Ben Horner in the 14U age group. Ben brought home the winners medal from the Cheshire Winter G4, beating Harvey Mottram 4:0,4:1 in the final. The following weekend Ben played at the higher grade 3 Tipton Winter Open. He narrowly lost to a higher rated opponent in the first round in a match tie break. Ben showed a great spirit in the consolation draw, going on to beat Alexander Loumidis in the final 6:0,6:2. 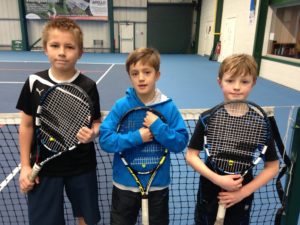 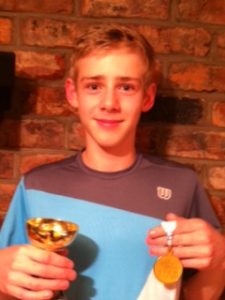 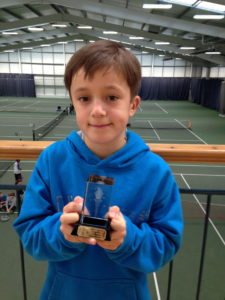 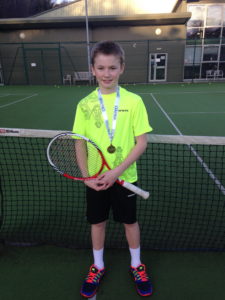