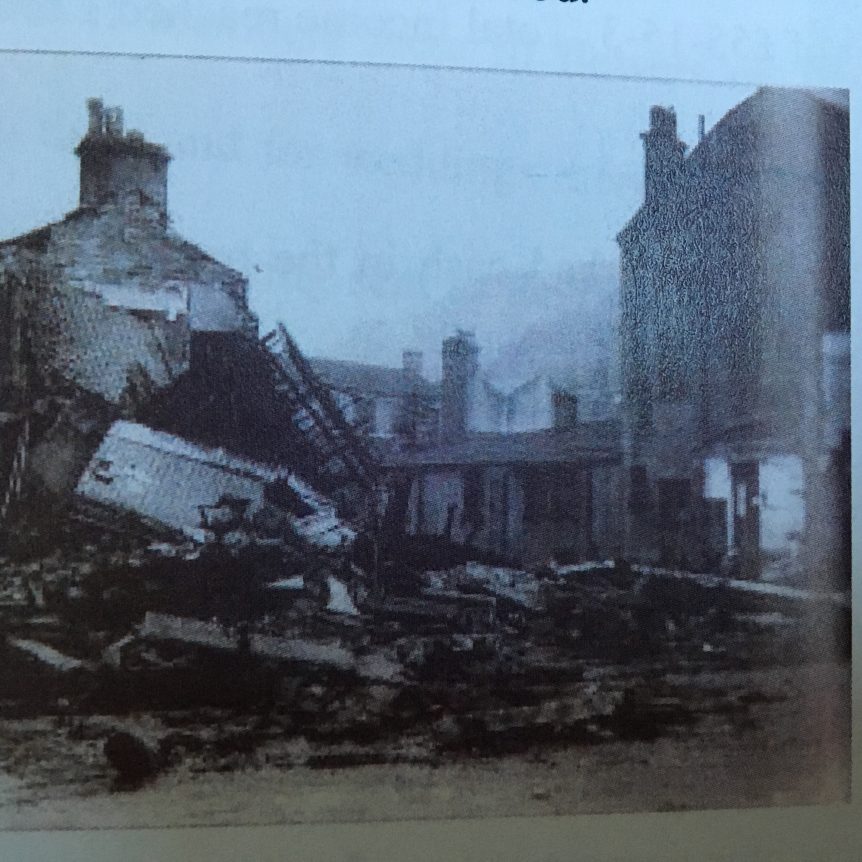 1930 – the club is somewhat in decline and there are no committee meetings after the General Meeting.
Over the next few years, there are very few members and minimal income although not a great deal of expenditure either, thus allowing the club to maintain a positive bank balance of around £20.

1931 – there appears to be a slight revival of interest as there is a list of 11 possible members. In addition, 6 nurses from Holme Valley Memorial Hospital are allowed to play on the courts, with the same privileges as members, the Hospital paying the club 30 shillings a year.

One wonders if it’s by coincidence that 6 deck chairs are purchased at this time?!

1932 – by now though, subs and entry fees are being reduced and the committee is having to actively seek out people to join.

Is financial strain being experienced in the Valley and are some members playing only on their own courts or those of their friends, since a considerable number of large houses in the area, such as Wood Cottage on the road to Greenfield, now a boarding kennels and cattery , had a court in the garden? 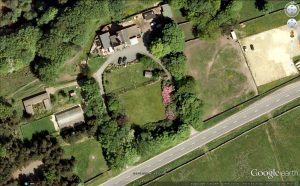 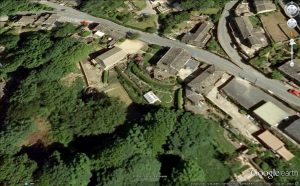 By 1887 houses in the Holmfirth area were having their lawns used for tennis. The people who owned these houses were of the more well-to-do, including mill owners and similar upper class people, one house being The Ridings, owned by the recent President of Thongsbridge Tennis Club, Graham Cooksey. Not very many of these courts still survive but curiously, right in the centre of Holmfirth a house on South Lane (South House) still has its own court, though the lawn has been made into a more modern surface.
Other houses with their own tennis courts included two on Binns Lane, the Mansion Hall at Jackson Bridge and there were often courts associated with churches.

1934 – there is a proposal to charge visitors sixpence but the end of year accounts show that the visitors box is empty!

1936 – land tenure passes from Vickerman’s to Thongsbridge Mill Company.
Trustees are appointed – this form of governance continues until 2005 when the legal status of the club changes as it becomes a limited company.

The fortunes of the club are showing signs of improving despite the ground rent increasing to £3/-/-d!
At about this time, Mrs. Sheila Eastwood (nee Denton) remembers, as a teenager, walking down the hill from her home dressed for tennis in knee length pleated shorts, an Aertex blouse and tennis pumps – in those days, shorts for young girls were allowed only on holiday, at weekends or for
tennis! 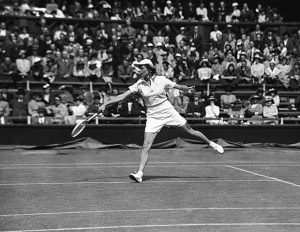 Here is American, Alice Marple at Wimbledon in 1937, wearing the more masculine style of clothing.

1938 – income from subs is rising but so is expenditure as new nets and a new mower are purchased, as well as a spring for a gramophone!
The groundsman is paid £25/-/-d and other expenses include electricity, gas, rates and the ground rent, negotiated down to £1/-/-d.
The committee discuss a scheme to fund a hard court with each member guaranteeing £1 – nothing seems to have come of this suggestion however!
Thinking of the recent resurfacing of the outdoor courts, we can be thankful that current members are clearly more generous of heart!

The club’s minutes reveal a ‘hotly contested’ resolution to use only one court. The pavilion is used in the evenings because we know the blackout curtain in the ladies’ room is removed to the men’s and a new blackout curtain replaces it.
Three courts are marked out, the first written evidence of there being three courts, and a decision is made to allow members of the forces to join for 5 shillings, to be refunded if their stay is short. Later, this is rescinded and forces personnel are able to play for free.

1942 – with just 5 members and a few juniors, the club is obviously struggling and the loss of members to the war effort, in one guise or another, leads to a discontinuation of the Club which lasts for 5 years.
Importantly, however, agreement is reached between the club and the Holmfirth Service of Youth to allow members of the Youth Centre to play for a total fee of £15 per season, plus half of the groundsman’s wages.
The minutes show  ‘This arrangement to exist until 12 months after the end of the war. If by then sufficient members of the club return to enable us to carry on without the youth centre and we have the desire to do so, then the youth centre will give up the use of the courts.’

1944 – 29 May – before the club reconvenes after the war, a major catastrophe strikes the valley; the Holmfirth Flood causes considerable damage from Holmbridge to Lockwood and the flood waters sweep over the courts, depositing large amounts of coal over the west bank of the river, below Albion Mills. 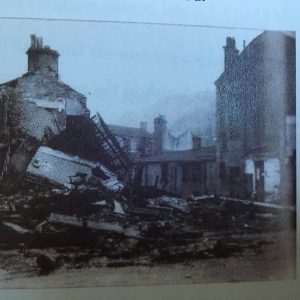 It is another 3 years before the club is able to function again.