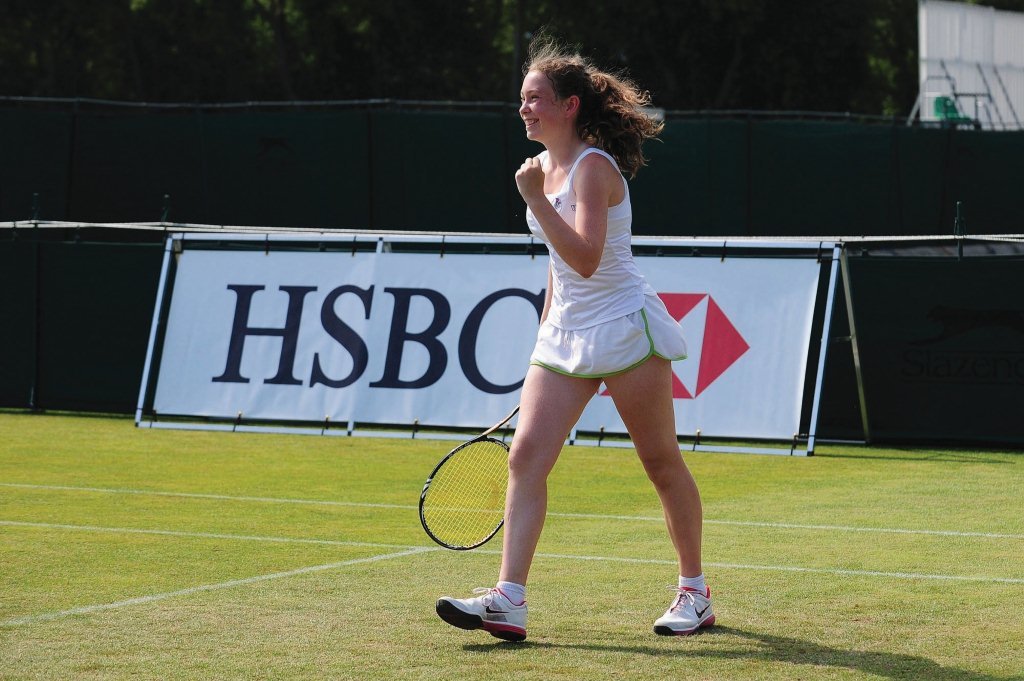 The Story of Thongsbridge Tennis and Fitness
Chapter Twelve – The Future

In the preceding chapters we have followed the development of Thongsbridge, from a small village club with two grass courts and a handful of members 100 years ago, to its status as one of the premier clubs in the north of England, with around 1000 members using four indoor and seven outdoor courts, a gym, a studio for exercise classes and a strength and conditioning suite.

A past and present of which to be justifiably proud!

Now, what of the future?
In a fiercely competitive market, to stand still is not an option. So, how will the club continue to move forward?

The first one hundred years have, as we have seen, presented many challenges whether as a result of fallout from national crises and natural disasters or simply remaining financially stable and keeping abreast of changes in technology.

Fortunately, despite this, those running and managing the club have had the determination, foresight and vision to move the club forward at every stage. Nor can the commitment of countless members who have given generously of their time and, on occasions, lent crucial financial support, be underestimated. Affiliation to the LTA, even though originally designed in 1952 to enable members to obtain Wimbledon tickets, has proved to be of enormous benefit right up to the present day.

The progress the club has been able to make, from increasing membership numbers, due to the fantastic expansion of facilities, to the brilliant results that the comprehensive coaching programme has brought, makes a wonderful story.

From its lowly beginnings, Thongsbridge has gone on to stage events where former world number one players and grand slam champions have played at the club.

In addition to bringing international stars to play, Thongsbridge has produced several juniors who have progressed to international coaching venues. When Martina Hingis came to the club, she hoped that one of the 600 children in the club’s coaching programme would be a future champion. 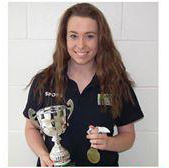 Currently, Holly Horsfall has a tennis scholarship at the Samford University in Alabama. At the age of 14, she won a National tour title (grade 2 event) in Nottingham. Success at club and county levels enabled her to compete in ˜The Road to Wimbledon™ where she was runner-up in the singles event, losing to Emily Arbuthnott, with whom she won the doubles.

In 2012, Barney Fitzpatrick was National 9 and under Champion and has won several national tour titles since then. At the age of 13, he played in the Orange Bowl in Miami, an event won in the past by none other than one Andy Murray. He has played a number of times for Great Britain and took part in the Youth Olympic festival in Hungary in August 2017. Barney is now at the Rafa Nadal Academy in 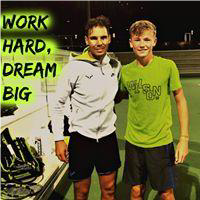 Both Barney and Holly have won an International Tennis Federation under 18 doubles tournament in Montenegro.

In 2015, Finn Murgett went to a high performance unit in Israel. Emily Young and Bronte Murgett now have tennis scholarships in the USA, Emily in Kansas and Bronte in New Mexico.

How will we ensure that more of our juniors can follow in their footsteps?
Hot on their heels are a number of juniors playing at county and regional levels including Alex Tikhonov, Gaby Lindley, Owen Lodge and Tommy Vale. Along with Barney, Alex and Dominic Vesely have also represented Great Britain.
Great credit for all of this must go to the team of coaches.

Leading the coaching team and now as General Manager, Nick Fitzpatrick has spoken of his vision for the club – to put members first and maintain first class facilities at all times, allowing us to keep a stable membership and look to expand the facilities in the next five years.

At the same time as pursuing strategies to fulfil the vision, there are always empirical practicalities to deal with and fresh

challenges to be faced. In the last few years we have seen that maintenance of court surfaces and replacement of ageing equipment requires considerable investment. We are fortunate that the members’ loans scheme, matched by the LTA, allowed us to re-surface courts 5-7. Our positive relationship with the LTA has also led to state-of-the-art LED lighting on the indoor courts. Investment in the gym has brought up-to-date treadmills and hybrid bikes.

As we are well aware though, this needs to be a rolling programme in order to maintain the high quality of our facilities.

Projecting forward to the next 100 years at the Centenary AGM, Chair Bron Sanders spoke of a club continuing to expand and move forward. In the near future 2 more indoor courts would increase court availability for members; the Studio and Powerhouse will need upgrading; more storage and office space is desperately needed, and, in the next two or three years, courts 10 and 11 will need to be re-surfaced. It makes best sense to look at all of these challenges together so that a carefully structured plan can be put together rather than tackling each in a piecemeal way.

In terms of the management challenge, compared to other larger clubs in Yorkshire that have additional facilities such as squash for example, Thongsbridge is one income stream short of straightforward sustainability. Whilst the Powerhouse is now delivering an extra income stream we still need to look for ways of securing extra income and to build up strong reserves.

For more than 60 years, officials of the club, the LTA and other partners, as well as members, have worked together to achieve the next phase of development. The LTA lends ongoing support and oversight of the club’s forward planning and is committed to this assistance. Currently, they are looking to increase levels of participation in the sport and, with drives for more active lifestyles too, projects offering multi-sports are being encouraged. The LTA may be able to financially support the next phase of our development through their ambitious project, ‘Transforming British Tennis Together’.

Since 2009, Thongsbridge has worked in partnership with local football teams and Holme Valley Wheelers and alongside the cricket and bowls clubs. We have spare land, including the tarmac area at the side of the indoor courts, and Kirklees has land opposite, across the river, beyond the cricket ground.

Both the LTA and Kirklees are supportive of further expansion of the club. 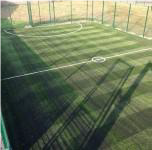 Accordingly, a feasibility study is underway to look at the viability of setting up 2 five-a-side football pitches and changing facilities across the river.

In any event, in order to maintain and improve our current facilities, extra income is vital.

In 2006, we were privileged to see Paralympic Champion Peter Norfolk and Halifax’s Kevin Plowman play on our indoor

courts. Recently, Antony Cotterill has come to train at the club. He has won 9 singles and 28 doubles titles in his career to date. He is ranked 6th in Great Britain and will be taking part in the Tokyo Olympics in 2020.

As ever, a crucial factor in retaining membership and growing different aspects of the game is court availability so how can we best make provision for maintaining the right level of all categories of membership?

As we are all shareholders and custodians of the club’s legacy, members are always welcome to contribute to the vision of Thongsbridge Tennis and Fitness, whether in offering ideas or practical help. In 2018, there will be opportunities to participate in the discussions about the club’s future development.

We would like to ask you to consider how you can help and what sort of contribution you can make.

As our Centenary Year draws to a close, here’s to the next 100 years!

In compiling this history of Thongsbridge Tennis and Fitness Club, Sue Linford wishes to acknowledge the considerable amount of research undertaken by Barry Hobson, from the beginnings of the club through to the 1970s.