Ever since the age of seven, I’ve been travelling all over the UK competing in tennis tournaments. While success has never come easy, I have been lucky enough to experience some real high points in that time. However, as I near the end of the U14 age group, it seemed the right time to test myself a little further afield. In terms of junior tennis, this often comes from a calendar of events held all across Europe which form part of the ‘Tennis Europe’ tour.

23rd November 2021, I arrived in Norrköping, Sweden to compete in the first of two ‘Tennis Europe’ tournaments I had planned to do as part of this trip. Being relatively new to this competition circuit, my European ranking was relatively low. This meant having to win through a draw of 32 in qualifying before I could even compete in the main draw of the event comprising of another 32 players. The night before the draw comes out, instantly what’s strange is that it’s just a name (with a different countries flag next to it). I have no idea who the player is or what their strengths or weaknesses are. I guess this was all part of the experience! As match day approached, I felt excited but nervous. I loved the competitive environment but so much had gone into this trip and I desperately wanted to do myself proud. After a tough battle the result didn’t go my way and I lost 6-1, 7-5. My disappointment was huge and the occasion had definitely got the better of me. However, I was assured that I would learn a lot from this match and that it would help me perform better in the future. While no consolation, it was also interesting to find out shortly afterwards that the boy from Sweden that I had played was ranked 3 in their country – More proof that you have no idea who you are playing.

From Norrköping we headed west to Gothenburg for the ‘Gothenburg Open’. Due to my early exit, we had five days until this event was set to begin. Determined to improve on my last result the training began. Each day I spent four hours on court – some of which involved training in the local Swedish squads. The Swedish coaches were amazing and treated me like one of their own. The tennis centre was huge (14 indoor courts) and with snow in abundance, it had a really special feel.

Having learnt a lot the week before, I was nowhere near as nervous this time around and felt ready to step up and seize the moment.

The qualifying rounds went well, winning both matches which gained me a place into the main draw. Not ready to stop there I then went on to win a tight first round match in three sets. I felt so good! However, as in every tournament the next big match was only just around the corner, and it was to be against my nemesis from the previous tournament who had just beat the number two seed. I’ve always loved the big matches, and now, knowing what to expect I put in one of my finest performances to date winning 6-2,6-1. Looking back this was the highlight of my trip and the disappointment of losing in a tight 3 set match in the quarter finals that followed the next day quickly brought back the harsh reality of tournament tennis.

While my journey in Sweden was officially over it had been amazing and such a great place to come and visit. I would like to say a big thank you to everyone who has followed my journey whilst over here and showed their support – it has really helped! I would also like to thank my coaching team (Nick, Craig, Shaun & my dad) for helping make this trip possible – you are the best!

What have I learned? So much! Communicating in different languages, problem solving during a match to work out an unknown opponents strengths and weaknesses, having a strict pre and post-match routine in a different environment, getting used to different foods, checking in and out of hotels every day and the uncertainty of whether should I lose I’d be on the next flight home. They have all been new to me and will hopefully stand me in good stead for future events that I may play.

Happy Christmas everyone and bring on 2022! 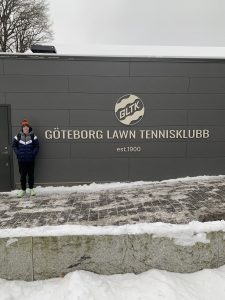 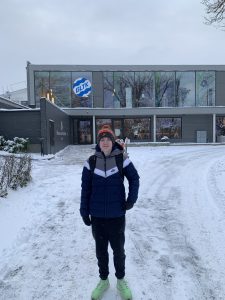 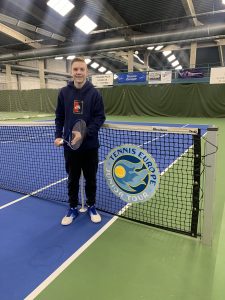