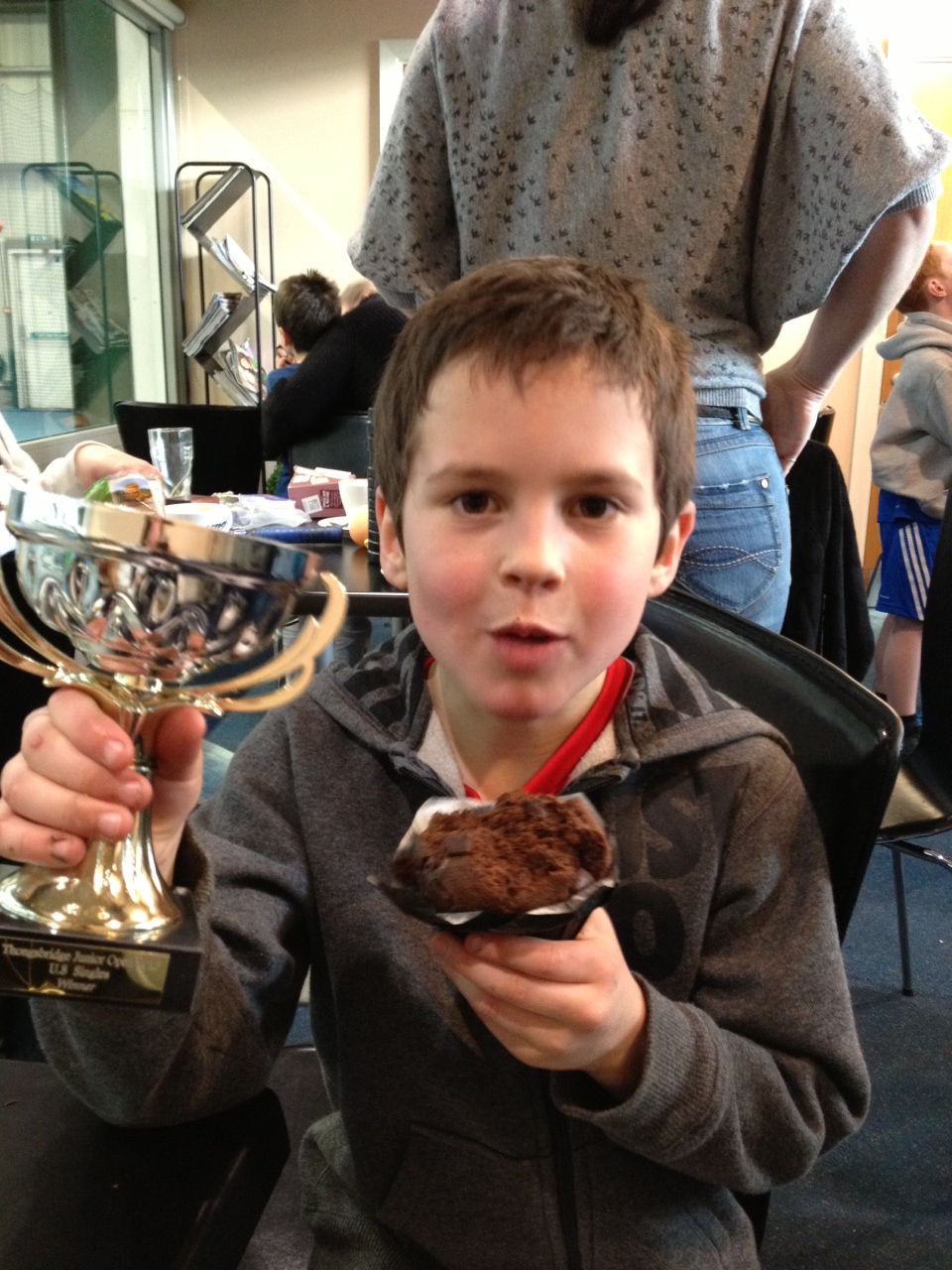 As the eighth annual Thongsbridge Open got underway, there was much excitement and anticipation, with many of the club’s young stars showing superb form over the winter season.

As always, this prestigious event attracted talent from the length and breadth of the country, with the club giving a warm welcome to the 356 entrants. There were an impressive 38 players from Thongsbridge in action across the age groups, and the standard in the 9484 games played was, as always, inspiring.

The bar was set by the youngest players, with the under 8s opening the event in great style. 3 of the 4 semi-finalists were local boys, with Dominic Vesely and Jake Coleman- Hallsworth just missing out on a place in the final. But Ben Parkin went all the way, taking the under 8s title in style.

In the under 9s, George Barton qualified to a tough main draw, as did Charlotte Margetson, whilst Jacob Chadwick, in spite of 3 excellent wins in qualifying, missed out on a place in the main draw by the narrowest of margins- just 2 points.

It was to be an all Thongsbridge affair in the boys’ under 10s, with Barney Fitzpatrick lifting the winner’s trophy, and Oliver Vesely a worthy runner up. In the girls’ under 10s, Georgia Draper had a great run to semis, and Lucy Margetson had a solid win in qualifying.

In the under 12s boys, charismatic Finn Murgett was in sparkling form, knocking out a seed to reach semis, where he narrowly lost out to the top seed. Finn then teamed up with Ewan Wilson- Baig from Huddersfield tennis club, and the two played some exciting tennis, to take second place.

Chloe Chawner made quarters of the under 14s girls, but, partnering Steph Carter, took top spot in the under 14s doubles, beating sister Ellie and Thongsbridge’s Megan Pollick in the final.

Holly Horsfall continues to go from strength to strength, with an emphatic win in the under 18s girls’ event, and a narrow defeat in the under 16s girls’ final. She too was to have success in the doubles, paired with Olivia Noble from Sheffield, beating Thongsbridge duo, Chloe Chawner and Elizabeth Massie.

Andrew Atkinson had some excellent wins to take him to the final of both the under 16s and under 18s, where he lost tight matches to the number 1 seeds in both age groups. Teaming up with long time doubles partner, Ed Lovatt, the pair went on to take the under 18s boys’ doubles title, with Brad Whitwam and Isaac Ezro the runners up. Both Brad and Isaac enjoyed some successful singles wins in the challenging under 16s and 18s draws.

It was another great year to remember, with tournament organiser, Tim Horsfall, and referees Nick Fitzpatrick and Tom Sanders doing a fantastic job, alongside the enthusiastic volunteers and dedicated club staff. With such a wealth of talent, particularly in the younger age groups, the future is full of promise for the dynamic junior programme and this thriving valley club. 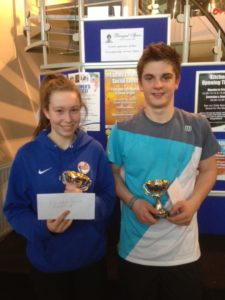 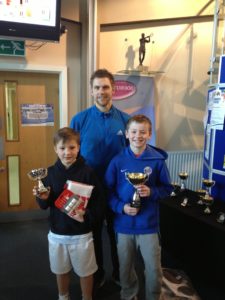 Barney and Oliver with Tom