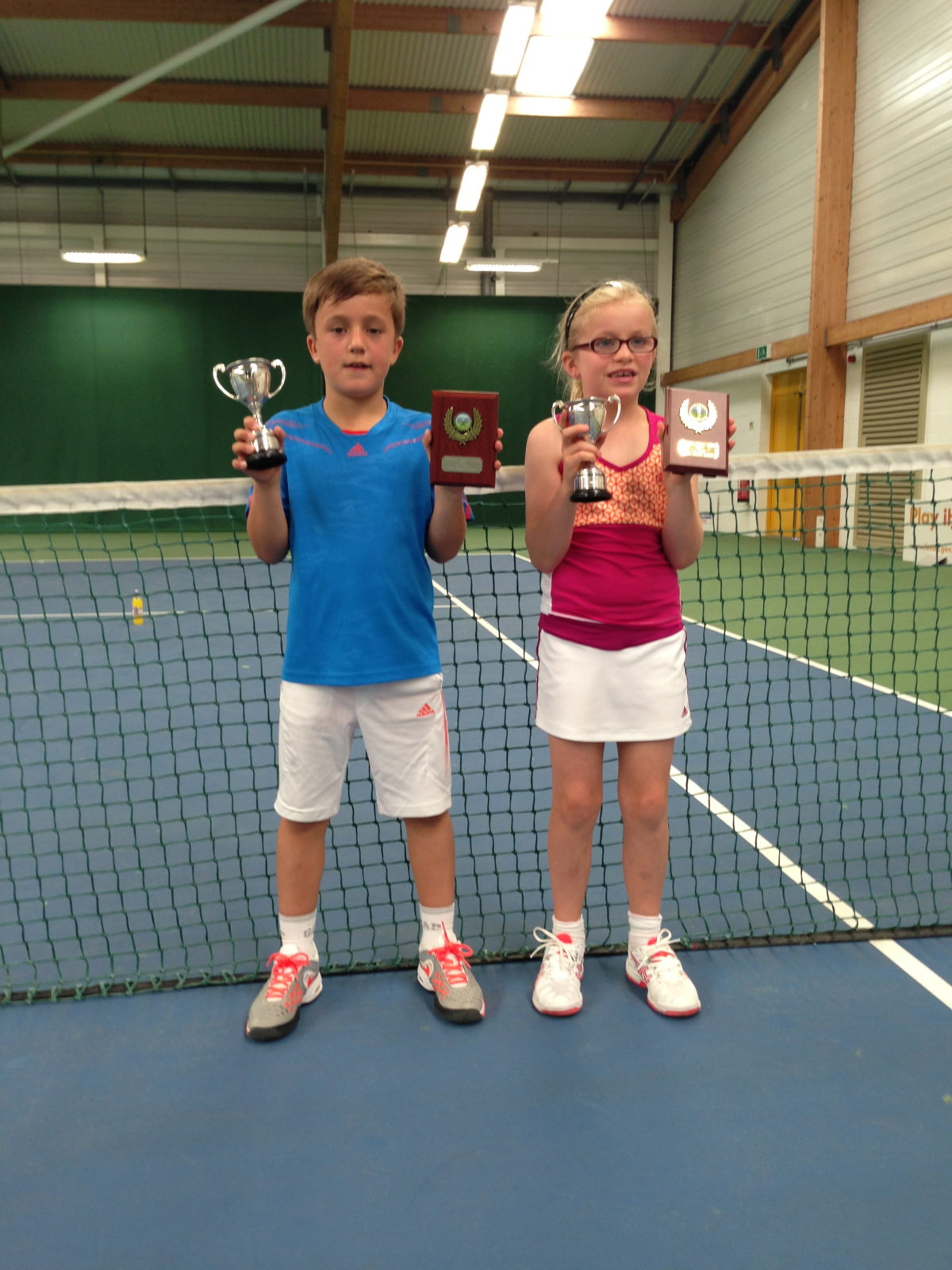 The John Charles Centre for Sport in Leeds hosted the Yorkshire Closed Tennis Championship in the last week of August. Thongsbridge Tennis Club youngsters, competing in all age groups, traditionally perform well at the competition and this year was no different. The 8U age group was dominated by Thongsbridge players. Gabriella Lindley lifted the girls trophy, confidently winning all 7 matches in the round robin competition. The boys trophy was won for the second time by Dominic Vesely, who defeated Toby Baker 10-8 in the final, having been 1-6 down in the early stages of the match. It was a good showing by the 8 year old considering he broke his tennis arm at the start of the holidays and did not lift his racket until a few days before the competition. 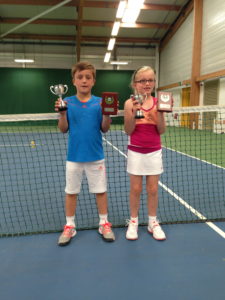 Charlotte Margetson played confidently in the 9U girls competition, narrowly losing the final 5-7 5-7 in a closely contested match. Adam Boyle, Jacob Chadwick and Dominic Vesely all qualified for the main draw of the 9U boys competition, finishing 4th, 5th and 6th respectively.

Oliver Vesely dominated the 10U boys competition, defeating Thomas Horsley of Ilkley 6:3 6:0 in the singles final, as well as lifting the doubles trophy together with Jack Batchelor of Hull. 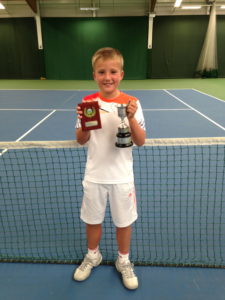 This was a great finale to Oliver’s successful summer, having won the Hull Open, the Gerrard Cross Open and coming 6th in the Aegon Summer National Tour Finals, an invitational event for the top 16 players from the UK, at West Hants Tennis Club in Bournemouth.

Orla Cooper and Georgia Draper competed in the 10U girls draw, both narrowly losing their quarterfinal matches. The girls then met in the consolation draw final, Georgia defeating her team mate Orla in a match tiebreak.

Lucy Margetson had a good win in the 12U girls category. Finn Murgett played 3 hard matches in the 12U boys competition, losing to the eventual winner in the semifinal. This followed Finn’s great showing at the Aegon British Junior Championship in Bournemouth, where he had 2 great wins against some older opposition making the last 16. He will compete in the same age group for another year.

At the other end of the age range, Andrew Atkinson made semis of the 18U and quarter finals of the men’s event, also completing a successful summer series, taking titles in Winchester and Gerard’s Cross.

Kim Atkinson, after a difficult year with injury, was unable to retain her Yorkshire ladies title this year, but an admirable performance saw her come runner up in both 18U and the ladies’ singles. She too has enjoyed success over the summer, with a win in the Aegon British Junior Championships, and taking the top spot in Sellers Huddersfield Open and the Winchester Slazenger Open.

The thriving junior programme continues to go from strength to strength, and will no doubt see many more trophies in the hands of the Thongsbridge youngsters over the winter season.