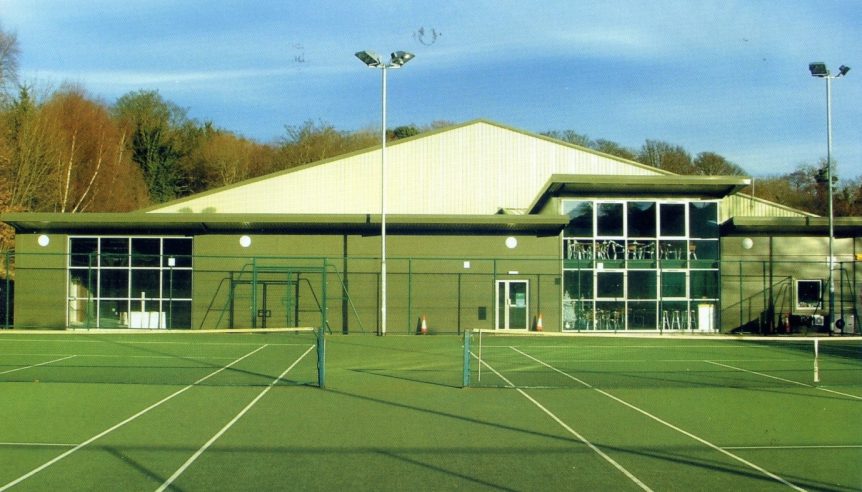 2002 – In May, it is agreed that a new junior committee should be formed and rules are drawn up in November.

Objections are recorded from members who are unhappy about women using the courts on Sunday mornings!

Sport England now approves the Action Plan for Phase 2 of the Development Plan and the LTA prioritise the club to enable additional support and funding.  Kirklees confirms the grant aid and the LTA undertakes a Club Vision assessment.

A massive construction programme is to follow, the result being not quite as portrayed in the architect’s original plans featured in Chapter 8, but, as this photograph shows, with mezzanine storey windows which overlook both the outside and the indoor courts.  This feature has been made possible by the generosity of Graham and Pam Cooksey. 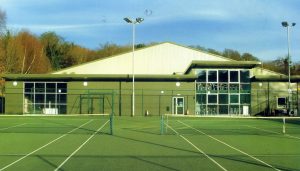 2004 – Ist January – Alan Cockman is appointed as Club Manager to oversee the recruitment of staff and provision of services for members; 5th January – a new head coach starts at the club – Nick Fitzpatrick.

21st January – the last AGM to take place outside the club is held at the Royal Oak (later to be converted to apartments) on the crossroads of Miry Lane and Huddersfield Road.

10th October – the new facility is officially opened by Andy Booth from Huddersfield Town Football Club.  The extensive preparation and hard work of the last 6 years, including 3 applications for Sport England Lottery grants, has produced the results which the development group hoped for.

Nick remembers standing on the courts in the new building and thinking what a fantastic facility it is.

Towards the end of the year, the Fitness centre is set up with equipment and some expertise supplied by Competition Line UK.

This wonderful development, along with achievements by the club’s teams and juniors, results in the LTA voting Thongsbridge Tennis Club the ‘LTA Club of the Year’. 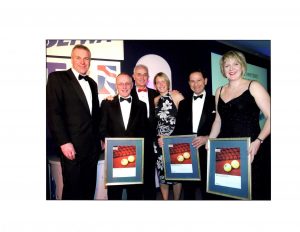 Pictured here are Mike Adams, Alan Cockman and Peter Swithenbank who attended the presentation dinner in Wimbledon, along with other individual award winners.

As a fitting celebration of the fruition of the development group’s committed work, an international event is             planned, the first of two Northern Internationals to be held at the club.